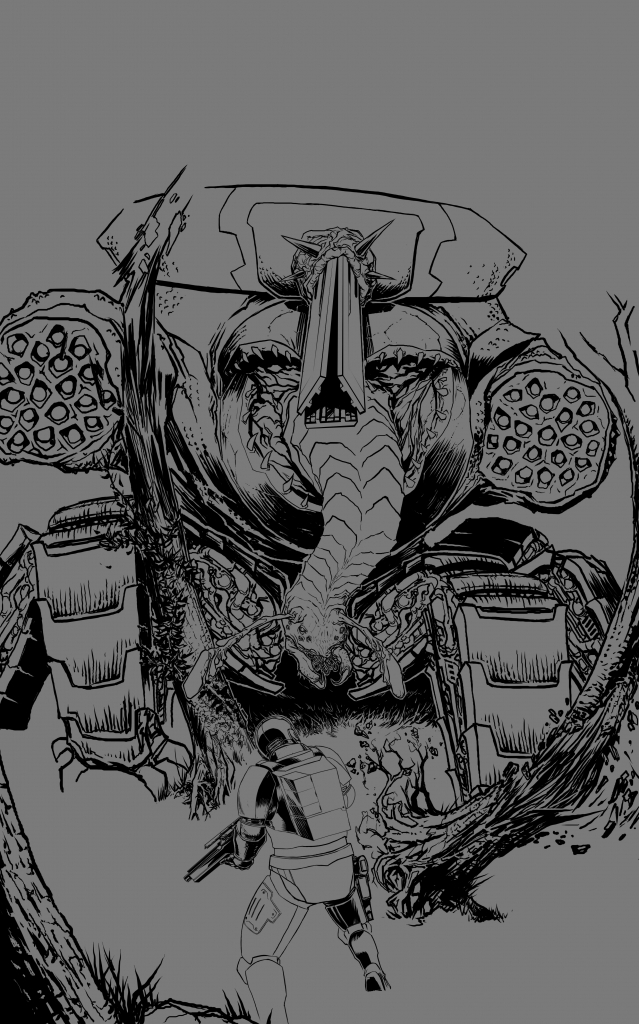 Here’s a WIP for the upcoming Autumn War cover, another piece provided by our partner in crime SickJoe, who you can find over here: https://www.deviantart.com/sickjoe

I just wanted to thank you guys for being patient with the Goetic Justice editing. I’m almost done, just have about 20,000 words to get out of the way. It ended up being a much more substantial rewrite than I expected, but it’s going to be in a really good place ready for the audiobook. We may also be getting a new cover for said audiobook, so I’ll keep you guys updated on that.

Some other news: I’ve decided to split the Autumn War into three volumes to make it more digestible for readers, as it’s nearing 300,000 words, which is actually too large for many of the sites I post on. That doesn’t mean the story will be changed in any way, it’ll just be split up for convenience. That also gives me the opportunity to get three different covers for it, and SickJoe is onboard for all of those. So, volumes I, II, and III are all going to have their own artwork, probably featuring most if not all of the characters.

We have some more concept artwork on the way in the form of an XMR refresh. An artist who will remain unnamed by request is working on a sheet not unlike the one we did for the Valbaran ships, which is going to address some of the quirks of the platform and make it so that you guys can build your own XMRs from the various parts and attachments. I look forward to seeing what you guys come up with.