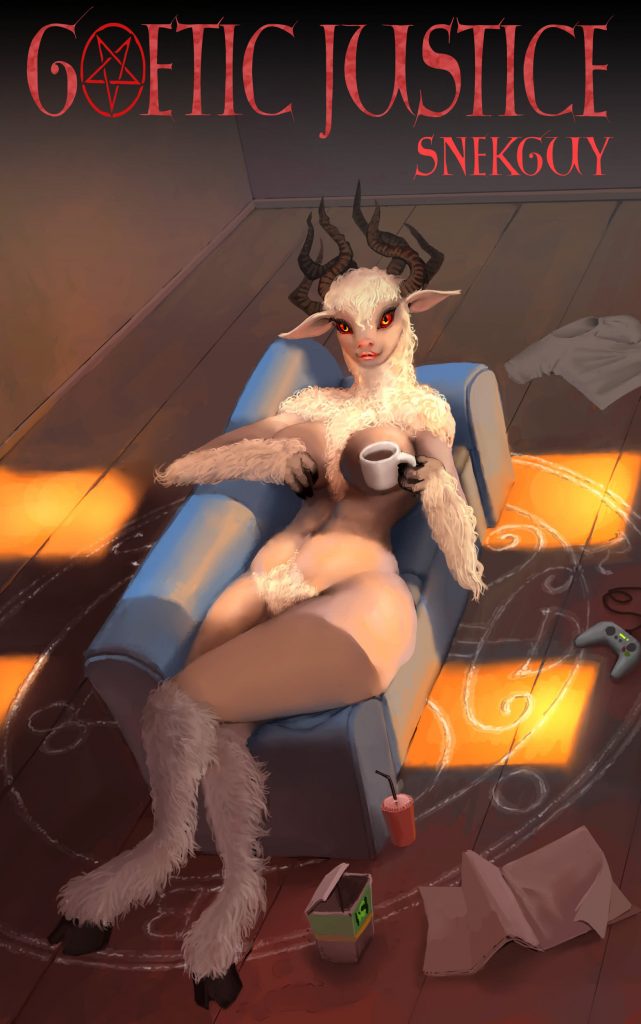 Thanks for being patient during the unexpectedly long editing process, guys. The first 30,000 words of Goetic Justice have been completed and are ready to read, Chapters 1 to 5:

I have five more chapters left to proofread, then it’ll be ready for the audiobook recording, and I can also make a new ebook for you guys. Usually, when I do a re-edit, the book is in one of two conditions. It’s either in a bad enough place where a total rewrite from scratch is required to bring it up to my current standards, approaching it as I would a totally new story, or it’s in a good enough place where minor grammar and punctuation edits will fix the majority of the problems. Goetic Justice was slap bang in the middle, with half of it requiring substantial rewrites, and half of it needing to be polished up. Because of that, it took much longer than I anticipated, but it’s almost done and I can share my progress with you guys now. I’m happy to say that this is a much improved version.

Check out his game Teraurge if you haven’t already!