2000 word update, new content at ‘She brought herself closer’

2000 word update, new content at ‘His fear morphed into a kind of reckless anger’

2000 word update, new content at ‘His next stop was the en-suite bathroom’

So I’ve been talking with BlueFishcake recently, a very successful author who writes similar content to my own with a big focus on sci-fi action, cultural quirks, and alien romance. If you’re at all active in online writing communities you’ve probably already heard of his ongoing book series Sexy Space Babes. You guys are always asking me for author recommendations and I very rarely have an answer for you, so when he asked if I wanted to do a bit of cross-pollination I jumped at the opportunity.

He’s a cool guy, I really appreciate him reaching out to me, and I think you guys will enjoy his stuff.

You can check him out on Patreon: https://www.patreon.com/bluefishcake

And on Amazon over here: https://www.amazon.com/J-L-Williams/e/B097T3T31B/ref=dp_byline_cont_ebooks_1

I was busy with art related stuff today, so I didn’t have time to write an update. The venerable Oouna is onboard for the Goetic Justice audiobook cover, and I’m very excited about the design. I hope to have something to show you guys soon. The cover design for the Autumn War volume II is already progressing nicely, and comes courtesy of SickJoe. It’s going to feature the entirety of Xipa’s team.

2000 word update, new content at ‘This area of the manor was indeed less lavishly furnished’

2000 word update, new content at “So, what brings you all the way out here on such a dreadful night?” 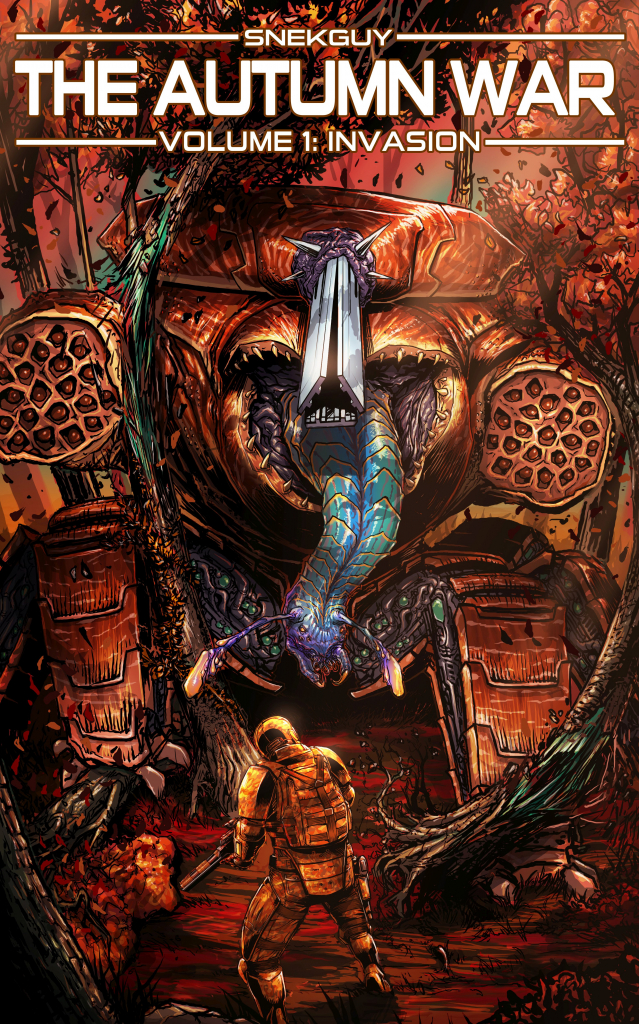 Here’s the finished cover for The Autumn War – Volume 1. The detail on this one is incredible, as are the autumn colors, and I love how it came out. I can’t shake the graphic novel vibe it has, which I really like. This one is another that was provided by our friend SickJoe, and you can find more of his crazy artwork over here: https://www.deviantart.com/sickjoe

He’s onboard for the next two covers, so I hope you guys will look forward to that. 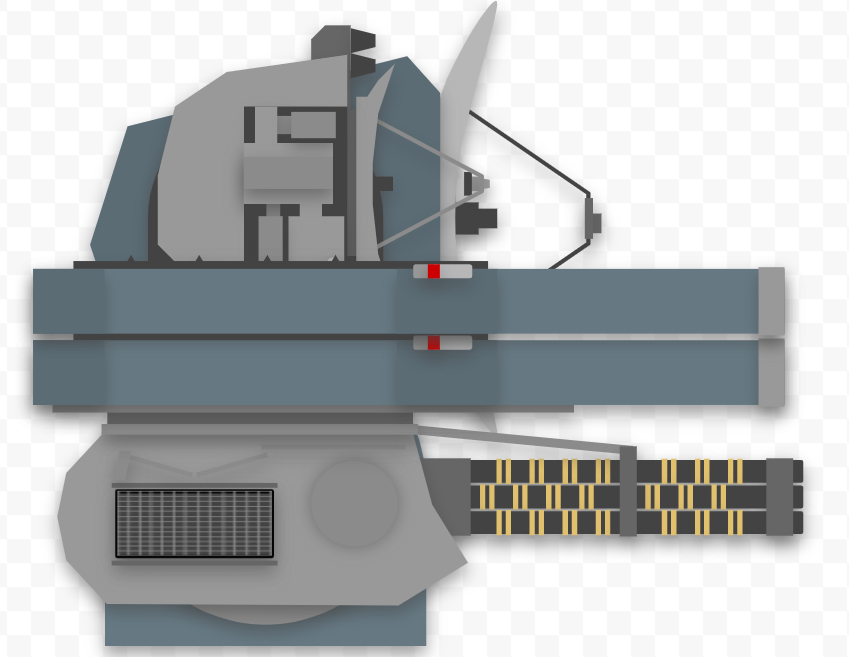 Here’s some awesome fanart of the Yagda super-heavy tank, which was provided by a reader named DapperTrapinch. His variant features a few upgrades over the prototype featured in The Rask Rebellion, and he’s given it a distinctly Russian flair with the inclusion of Palash and Kashtan CIWS turrets. He’s included both battle-ready and landed versions, as well as a detailed floor plan of the vehicle’s various levels. Below is the writeup he included with his submission:

Atop the turret is an array of grenade tubes taking the place of a dorsal turret, these are specifically designed for oversight and support on the battlefield, lobbing assisting ordinance into enemy fortifications ahead of attack squads

The hull features greater rigidity and thickness on its underside thanks to further developments and understanding of the repulsor fields, the shielding array has been upgraded and is marginally better than previous iterations on all fronts, additional control verniers allow for stability control on soft or structurally dubious terrain. If discharged all at once, the extra thrust enables the vehicle to ‘jump’ higher than allowed by the repulsors alone, and it has been found that the repulsors exert enough force on the air itself to prevent the vehicle from falling faster than 4 m/s2 in earth-like gravity conditions, this is only useful in very specific scenarios however

Due to its massive power requirement Y-04 uses a more robust reactor system than its predecessors, its output can comfortably sustain maximum firepower for minutes on end, long enough to burn out the guns themselves. Conversely when all that power is not in use, excess that can not be stored in batteries must be vented as heat through the regulator vanes, hence the row of vents running the length of the turret on the port side, when the vessel is stationary the armored louvres are opened to more effectively cool the reactor

I honestly cant think of anything cool to say about the retractable comms tower thing except that i partially ripped the design from SatisFactory, the globes are radar things and the crescent shape is the Satt-comm

Named after the Martian basin Argyre Planitia, where most of its ore was procured