2000 word update, new content at ‘They cut down another wave of Drones’

2000 word update, new content at ‘They followed the Colonel outside’
Thanks for being patient while I was sick, I’m feeling better enough to resume work now. 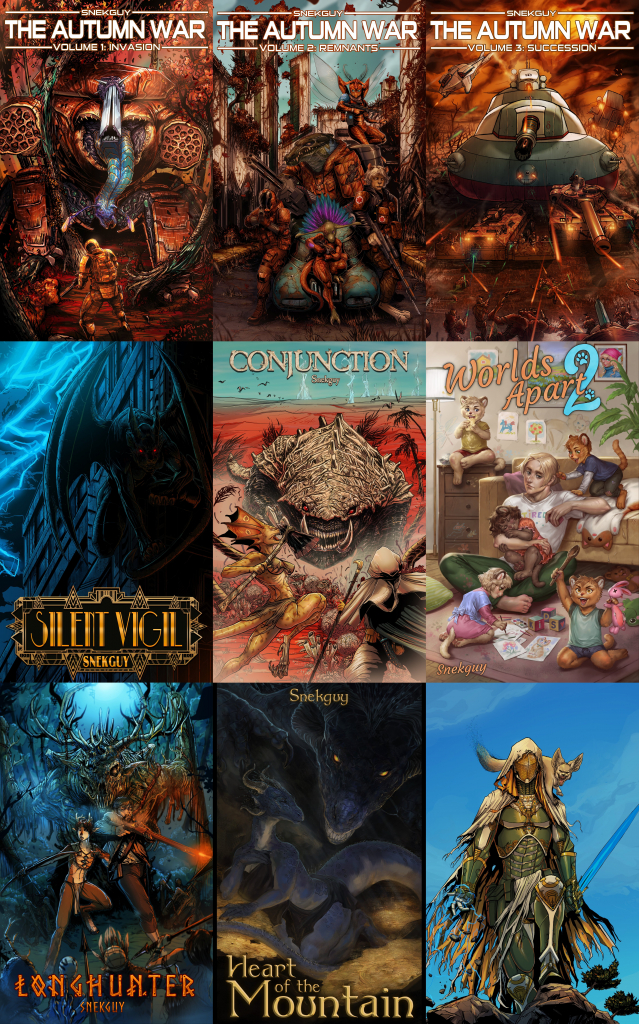 We’ve almost completed another rotation around the sun, and I just wanted to take some time to thank you guys for all of your amazing support this year, and to wish you all a Merry Christmas and a Happy New Year.

We’ve reached a lot of important milestones this year, such as producing more book covers and more concept art than any year prior. We even managed to produce an audiobook with a professional voice actress, which is a huge leap forward that kind of came out of left field. Thanks to your support, we’re now in a position where we can afford to commission audiobooks on a semi-regular basis, and we have a brand new one that should be releasing around January, so I hope you guys will look forward to that.

I’d like to take the opportunity to thank Bordeaux Black for her willingness to work with humble smut peddlers such as myself, SnowDrake from TouchFluffyTail for his ongoing support with the website, and all of the great artists like SickJoe, Honovy, Oouna, and LevelViolet who helped elevate my work with their covers and concepts.

A special thanks goes out to you guys for your unwavering support and your contributions to making this community a great one. It’s no secret that due to the ongoing pandemic, we’re all seeing more pressure on our pocketbooks, and I was ready to start tightening my belt this year. Instead, every month has been a little better than the last, and you guys have kept my lights on despite whatever hardships you might be facing at home. I really appreciate it. Thank you to everyone who pledged and everyone who bought one of my products this year, because I can’t do what I do without you.

I wanted to share some of my plans for the upcoming year with you guys. As I mentioned already, the Goetic Justice audiobook is well on the way, which is a joint project between me, Bordeaux, and Oouna. I’m really excited to get that one into your ears.
I’ve been working on The Autumn War for what feels like forever, but it’s very close to completion now, and I should be able to start editing it in the next few weeks. I have a large backlog of stories to edit for retail release, many of which are pictured above, so once Autumn War is done I’m gonna get on those. We’re probably looking at a solid month of editing, but since AW is so excessively large, I’m going to release one volume a week so you guys don’t get too bored in the interim. Each volume will be 100k+ words, so you should have plenty to read while I work on polishing those other Ebooks.

As always, I have tons of stories lined up. The next project after Autumn War will be Threadwalker, a new fantasy setting that I’ve been developing behind closed doors. There’s also a story that will properly introduce the Brokers and reveal many of their closely-guarded secrets, the introduction of several new species to the Pinwheel setting, including a new enemy faction, along with whatever else might occur to me! I always have more ideas than I have time to write, so I foresee no shortage of content.

Also, thanks for being so patient while I’ve been sick, I’m almost better now, so I should be able to resume work in the next couple of days.

Thanks again, and I hope 2022 treats you all well.

1500 word update, new content at “We can catch up later,”
I felt a tad better today, so I got most of an update done. I’m still not expecting to resume my normal schedule until after the holidays though.

I appear to have caught a winter flu (no indication that it’s Covid), so I’m gonna take a couple of days to try and sleep it off and get some rest. Christmas is coming up so I would likely be pretty busy anyway. I may still release some updates over the next few days, but I’m not gonna push myself super hard to meet my daily quota right now. If the illness runs its course as I expect it will, I should be back up and running after Christmas, maybe on the 26th. I might do some maintenance work on the site or flesh out the wiki in the meantime, because that’s a bit less taxing.

2000 word update, new content at ‘The Commando gathered herself’

2000 word update, new content at ‘She could see the cloud of incoming Bugs’