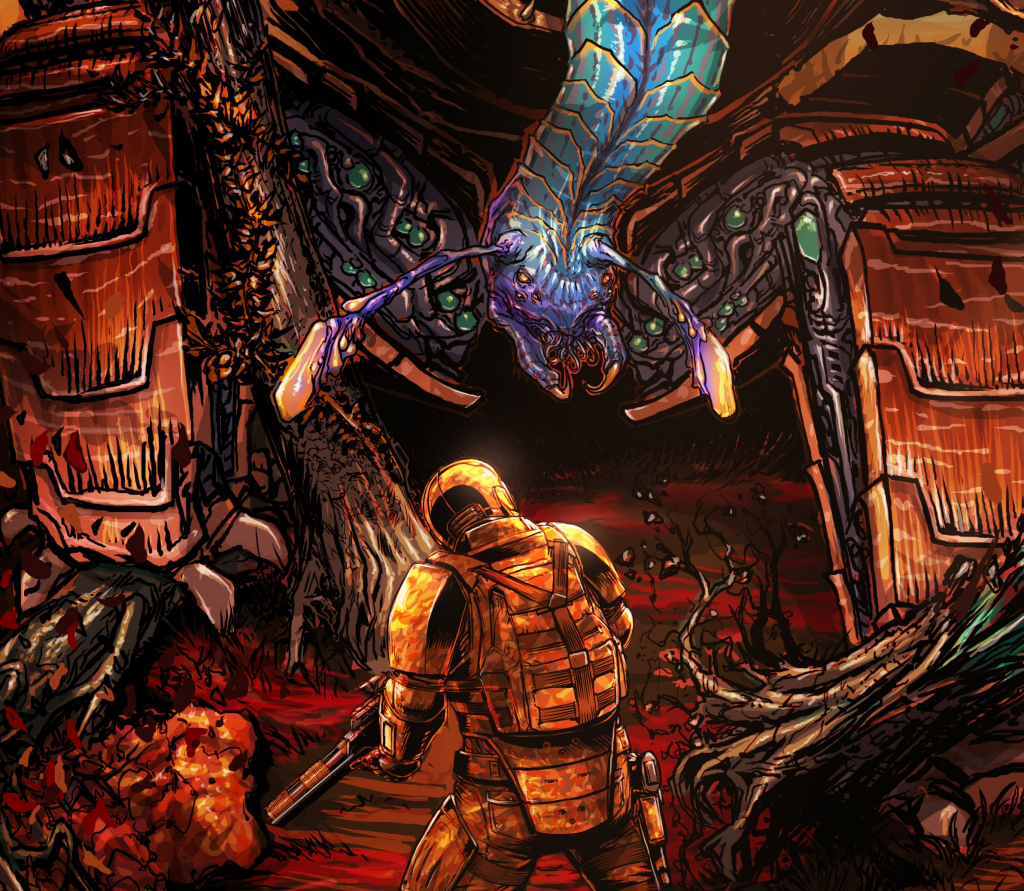 After a full year in the making, The Autumn War is finally finished! It clocks in at an eye-watering 514,414 words. I estimate that it will take approximately 26 days to edit, so we’re on the final stretch. If you’ve been patient thus far, I recommend waiting just a little longer before jumping in so that you can read the most polished version.

I never really intended for the story to get this large, I just did what felt right and gave the characters all of the development that I thought they needed. It’ll go through some small changes in editing, and I’m sure there will be some trimming here and there, but I’m very happy with how it turned out overall. Needless to say, I do not intend to make a habit of writing stories this large. I’m looking forward to the next project being mercifully small and simple.

Before I start editing, I need to get the Goetic Justice audiobook published and into your hands. It’s uploaded and ready to go on the new MEGA account that I set up, I just need to go through the process of uploading it to my distributor before I can officially release it. It’ll be available to all Broker patrons day one, DRM-free, and it will start going live on various storefronts over the following weeks. Amazon are dicks about uploading stuff to Audible, so I have no ETA and no control over when it goes live on that platform, but I will alert you as soon as it’s available there. I expect it will take me two days at the most to get all of that done.

After that, editing, which should take about a month. My plan is to edit the whole story in one go, then to release it in four volumes of roughly 130,000 words each, give or take. When Autumn War is finalized, I have half a dozen other stories that have been waiting months for editing so they can be made into retail ebooks, so I’ll be doing all of those. That should also take about a month, so we’re looking at a good two months of editing. For that reason, I will be releasing the Autumn War volumes one week apart over the course of a month, which should ensure that the content drought isn’t too painful and that you all have plenty to read while I take care of the rest of the editing. There will be more retail releases and updated stories during that period as I work through my queue, too.

In the future, I will be prioritizing retail ebooks regardless of what else I’m working on to avoid having them stack up like this again.

When all of the boring stuff is over with, I can start the next project! The next story in the pipeline is Savannah Heat, which takes place in a new urban fantasy setting that I’ve developed. It features mythical creatures such as Werewolves, Dragons, and Oni living side-by-side with humans in a contemporary, modern world that has adapted to their presence. Harpies perch on traffic lights, Fauns do yoga in the park, and Centaurs clog the bike lanes. The story will follow a human who lands himself a Werewolf roommate with a bad attitude and a love of grunge bands. As much as they argue and fight, the full moon brings unexpected changes to their relationship.