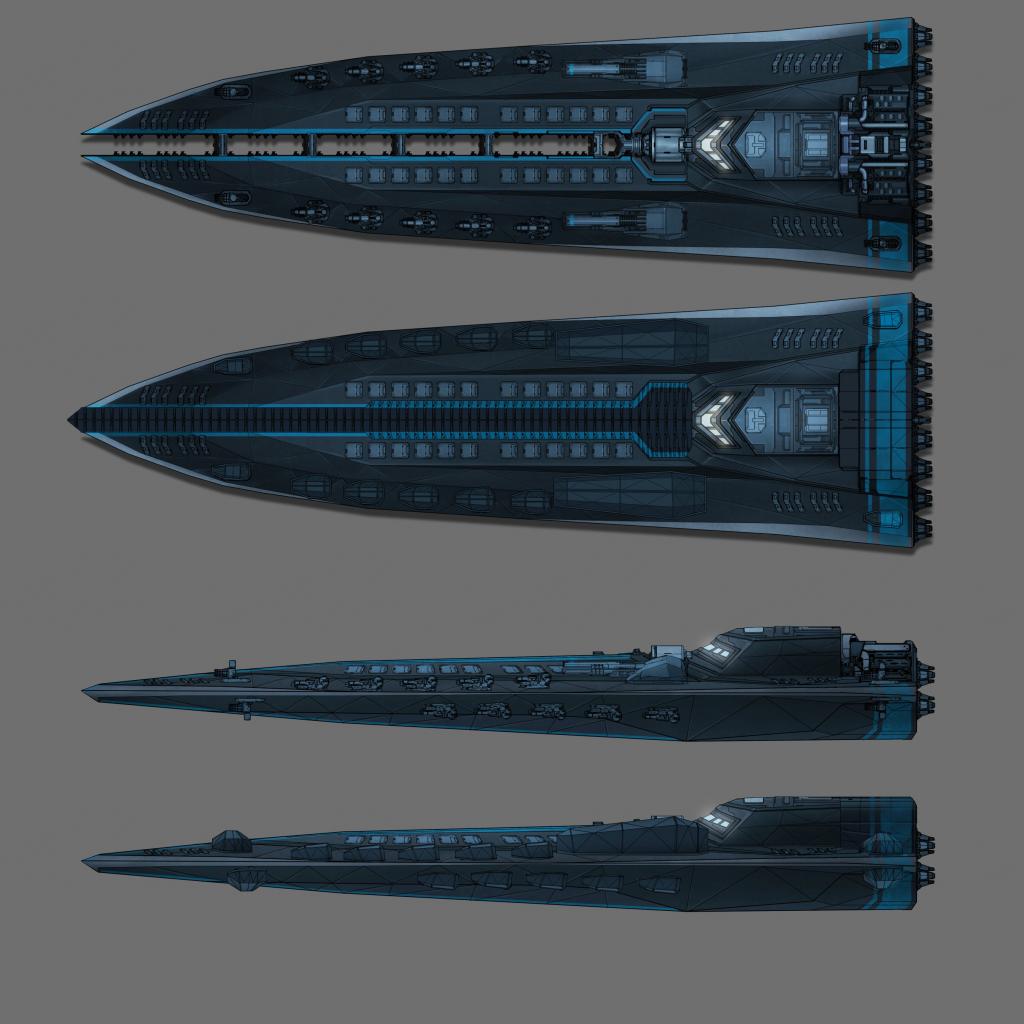 Here’s the finished artwork for the Martian Battleship.
At 1200 feet, the battleship is one of the largest vessels in the UNN fleet, second only to the jump carrier. Its sleek, angular hull is designed to minimize its radar cross-section, and the stealth coating absorbs RF radiation to help it go undetected.
As its name suggests, the battleship is the most heavily-armed and armored ship that the Navy can field. Its defensive armament includes 8 CIWS guns, along with 24 missile bays that can launch both standard and interceptor missiles.
Its offensive armament includes twenty railgun turrets, the aforementioned missile bays, and 24 launch tubes that can deliver high-yield nuclear, MAST, and conventional torpedoes. The vessel can carry up to 2400 tons of ordnance and is able to accommodate torpedoes of up to 30 feet in length. It comes equipped with a pair of super-railguns; magnetic accelerators that are 180 feet long and can deliver various types of specialized munitions at very high velocities.
Running down the center of the vessel is the main gun, a 700-foot long magnetic accelerator. At its mouth is a rotating cylinder, a mechanism that works like a giant revolver to load munitions with lengths of up to fifty feet into the barrel. This weapon was designed primarily for defeating capital ships, and can also be used in an anti-planetary role, tearing up the crust of a planet to expose the mantle, rendering it uninhabitable in the process.
At the rear of the vessel is the extensive heat sink array, where waste heat from the firing of the ship’s weapons is redirected. When they reach their thermal capacity, these cylindrical heat sinks can be ejected like spent shells from a rifle, safely carrying waste heat away from the battleship.

This artwork was provided by SickJoe, who you can find over here: https://www.deviantart.com/sickjoe