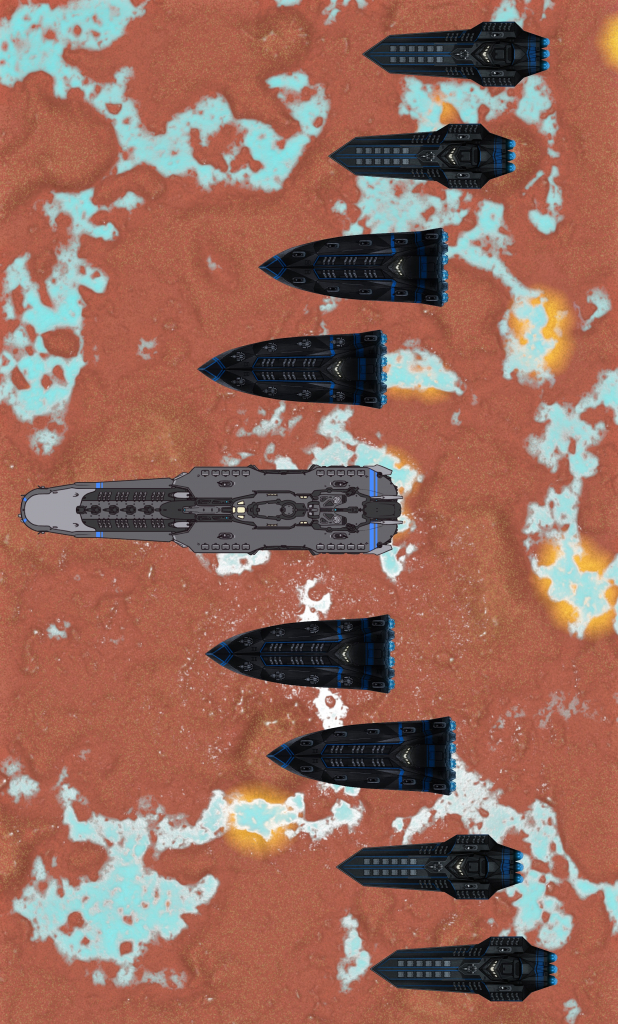 I hope this message finds you well, Admiral.

As of 0900 hours local Valbaran time, the last of the CSGs are en route. They’re expected to exit superlight and join the formation within the hour. It has taken some months to divert all of the ships that you requested (especially since you reassigned almost the entire carrier fleet), but we’re looking at around 612,000 Marines who will be combat-ready when the time comes, along with reserves that are still being shipped in on civilian liners. Currently, the tally is:

Three battleships will also be joining the operation, the Shiva, the Kartikeya, and the Mars. They’ll be standing by to enact scorched earth protocols if the task force fails to meet its objectives on the ground. The UNN Rorke will be serving as the command carrier, as I have been assured that Captain Fielding is a most capable man. I am confident that he will ensure your orders are carried out to the letter. Your quarters have already been prepared, and the Captain is ready to receive you as soon as your Courser arrives in the system.

As well as our own forces, the Valbaran Consensus have pledged their full support. The Valbaran fleet has never been battle-tested, but their incorporation of human technology has impressed our engineers, and their new fleet is now spaceworthy. The Ensis assure me that their ships will meet our standards, and despite their lack of experience, I have come to know the Valbarans as a disciplined people who learn remarkably quickly during my stay on this planet. It will be a breath of fresh air to fight alongside an allied Coalition fleet. I will have updated info on the number and type of ships that they will commit to the operation, as well as the number of troops, very soon.

The proximity of Valbara to Xi Pegasi is fortuitous. At 19LY, it’s scarcely more than a jump away, which means that once the Betelgeusian orbital defenses are eliminated, a steady stream of supplies and reinforcements can be brought in. The Valbaran supply ships will be able to keep us well-stocked. We will have an entire planet’s resources at our disposal.

Long-range observations have revealed some information about Kerguela, but what data we can glean is about nineteen years out of date due to the light-speed delay. It was deemed too dangerous to launch probes at this stage, as it might alert the hive to our presence prematurely. We’ll be running some covert surveillance missions closer to the launch of the operation. The Valbarans were able to provide us with some old data from their short-lived occupation of the moon, too. 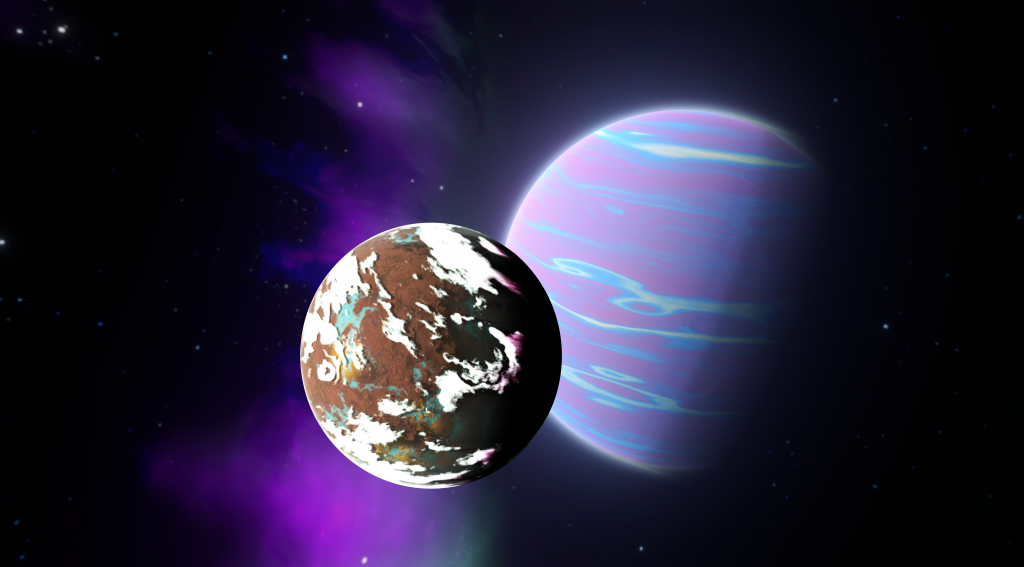 Kerguela:
Tidally-locked moon.
Orbits blue-purple gas giant.
The moon has an unusually large and dense metal core that creates a strong magnetic field, protecting it from the parent gas giant’s magnetosphere and creating spectacular auroras. The high density of the body also contributes to its 0.8G surface gravity.

The F-class primary star emits more blue light than Sol, resulting in plants that reflect wavelengths in the red spectrum. The Valbarans used to call it The Autumn Moon for that reason.
Kergeula has no oceans, only a network of waterways and shallow seas. Most of the planet is covered by dense foliage, but it’s unknown how the hive might have changed the biosphere in the last twenty years, or how much Valbaran infrastructure might have survived.

Along with some certainly outdated surface maps, this is all the info we have until we get eyes on the system. The invasion plan that you outlined is ambitious, I wouldn’t have thought that only half a million troops could take control of a land area six times the size of Russia, but I have the utmost confidence in your strategy. I should note that our experts have predicted an enemy population of 15,000,000, and that’s lowballing it. That Queen has been popping out eggs undisturbed for thirty years, and who knows how they might have adapted to their environment during that time.

One more thing I thought I should mention. Please be…sensitive when you meet the Ensi who will be commanding the Valbaran fleet during the operation. Yes, Ensi, singular. I’ll explain more when you arrive, but she is rather willful.

That’s all I have for you right now, but I’ll be available when you arrive.