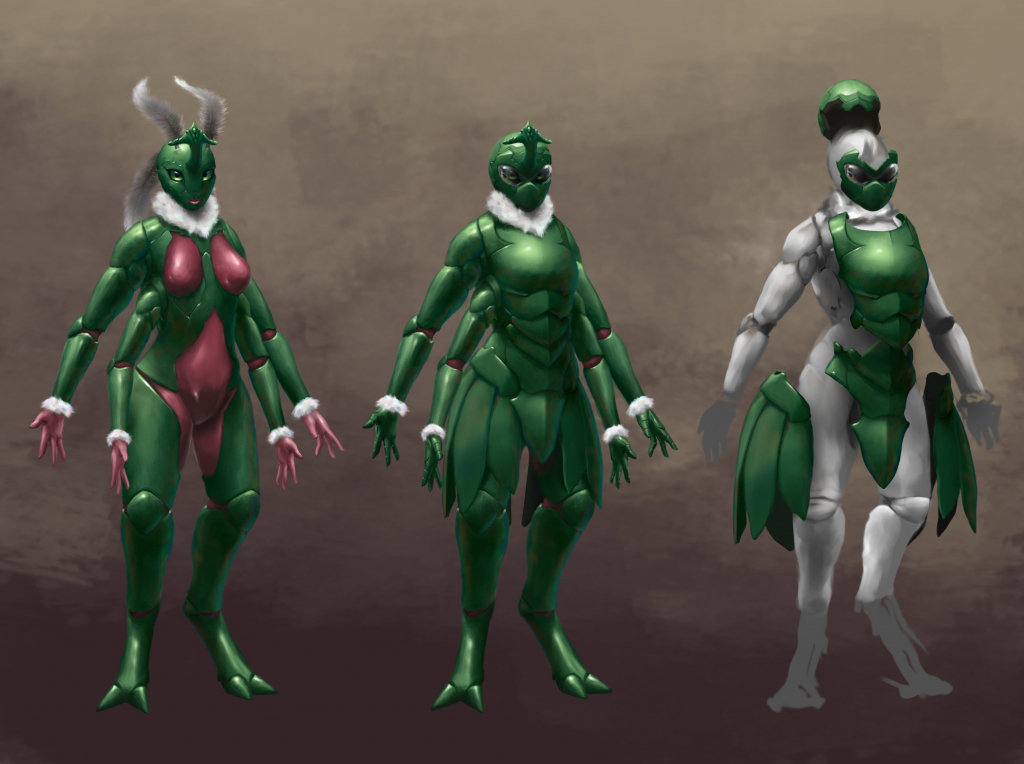 Here’s some concept art for the Jarilan Drones. This artwork was provided by Malvear, who you can check out over here: https://www.malvear.art/

Jarilan Drones are human/Betelgeusian hybrids bred both for frontline combat as Coalition auxiliaries, and for socialization with other species, furthering the hive’s goal of integrating into the interstellar community. Drones sport tough, natural armor in the form of a flexible carapace made from chitin, which is supplemented by synthetic plating that enhances their survivability and helps to protect exposed weak points. As frontline soldiers, Drones are extremely tough and resilient, carrying over the enhanced strength and reflexes of their feral cousins. They are commonly employed by the Coalition in the role of sniffer dogs, as their sensitive antennae give them the natural ability to sense the pheromones emitted by Betelgeusians. They can track their enemies, locate the entrances to tunnels, and even decode some of their signaling pheromones to glean information about their behavior. Their helmets allow them to stow or extend these sensitive organs depending on the battlefield situation.
Due to their human DNA and their upbringing on the Jarilo colony, they have a high degree of social aptitude, making them friendly and personable. They can even leverage their pheromone-sensing abilities to glean insights into what their human comrades might be feeling. Whether their appearance is merely the result of their shared heritage or if the Queen engineered them specifically to make them more appealing and sympathetic to their human counterparts remains a matter of speculation.