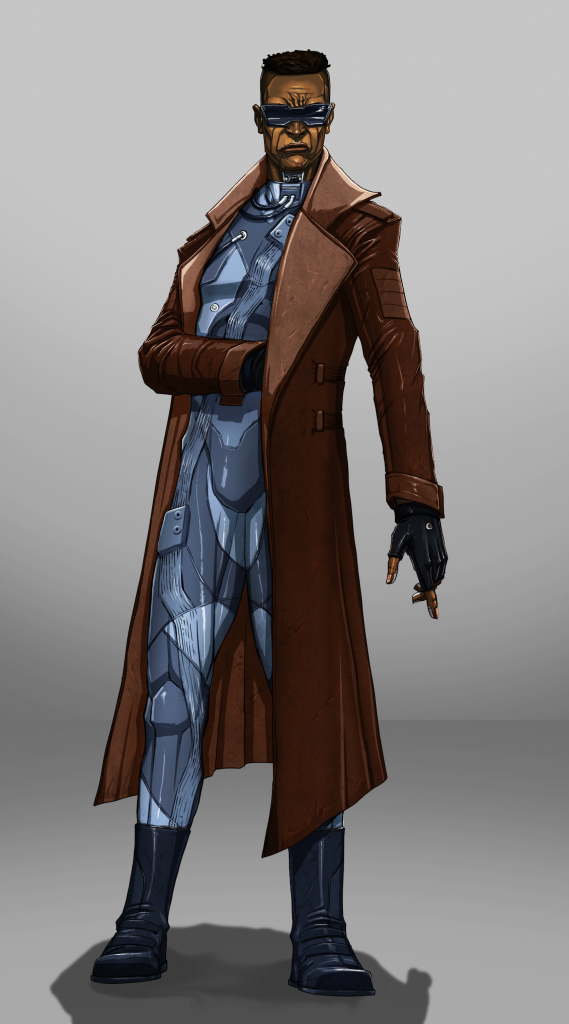 Here’s some concept art for a UNNI operative, one of the Admiralty’s shady spies. This one comes courtesy of SickJoe, and you can find more of his content over here: https://www.deviantart.com/sickjoe

UNNI is the intelligence branch of the United Nations Navy, officially tasked with gathering, processing, and analyzing security information from across UN space, primarily through the use of human intelligence (HUMINT). UNNI reports directly to the Admiralty and is authorized to carry out and oversee covert actions at its behest, including surveillance, paramilitary operations, counter-terrorism, and cyber operations.

UNNI agents (often referred to colloquially as Ninnies) have access to cutting-edge technology that is often experimental in nature, leveraging this advantage to stay ahead of their enemies. Their operatives are highly-trained and are skilled in both combat and infiltration.

Many of the organization’s members have roots in old-Earth intelligence communities, and many were poached or loaned from the existing intelligence apparatus of their respective nations or colonies, bringing very diverse skillsets and methods to the table.

UNNI is often viewed with a certain degree of mistrust and distaste by other branches of the Navy, with their loyalty to their fellow servicemen frequently brought into question. Serving as the eyes and ears of the Admirals, it’s not uncommon for them to pose as civilians or members of other branches of the Navy, investigating misconduct or informing on criminal organizations. They are seen as ruthless and manipulative, which may very well be traits valued and sought out by the organization. SWAR has an especially strong rivalry with UNNI, as their methods and values are diametrically opposed, sometimes bringing them into conflict.