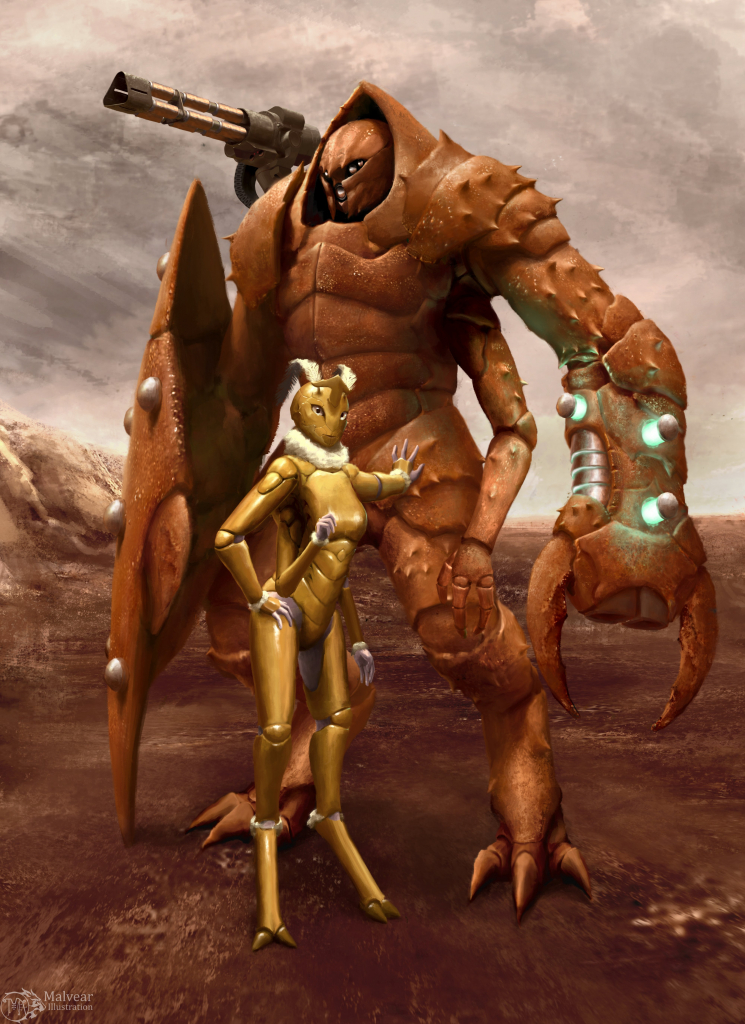 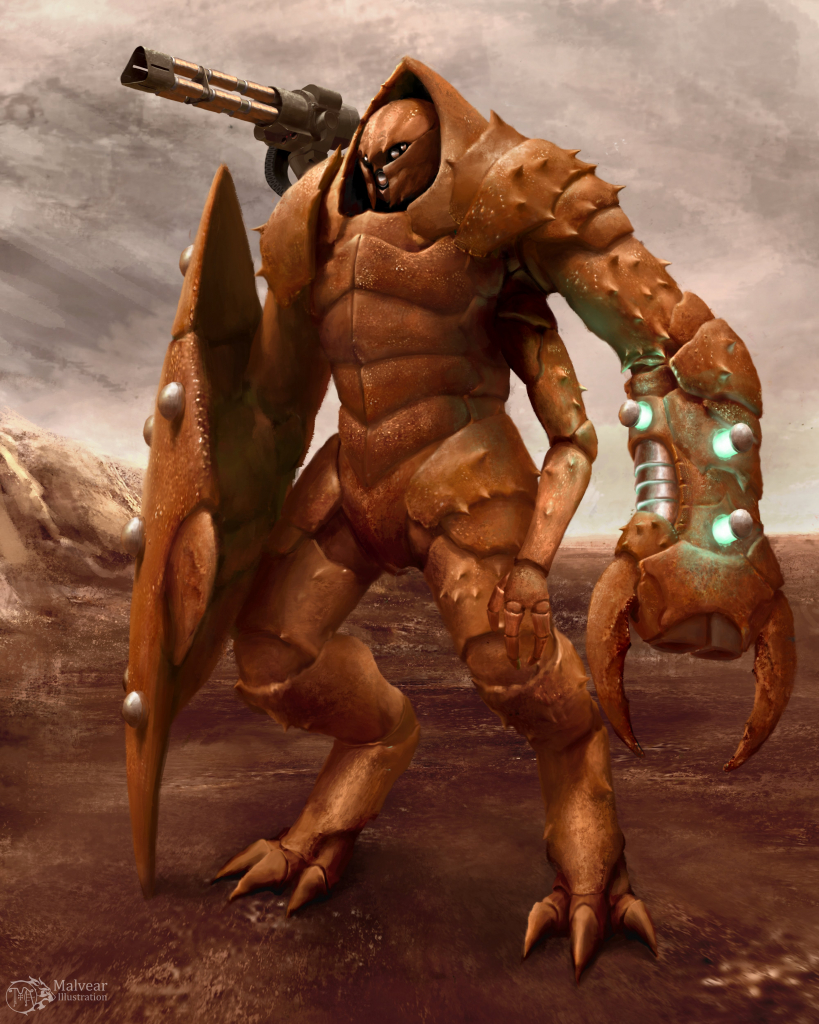 Here’s some awesome concept art of Sunny and her Type-Three Warrior from The Autumn War.

The Type-Three is a lighter and more mobile chassis than traditional Betelgeusian Warrior suits, but it doesn’t make much of a tradeoff when it comes to armor and firepower. This Jarilan variant is equipped with a claw cannon that can fire streams of boiling plasma, doubling as a deadly melee weapon, along with a shoulder-mounted 30mm railgun of the kind commonly mounted on UNN armored vehicles. To supplement its defensive capabilities, the Type-Three is equipped with a large shield made from tough carapace and next-generation alloys that is capable of projecting a plasma field via the magnetic studs on its surface, helping to dissipate energy bolts and soften solid projectiles before impact. The third auxiliary arm is used for manipulating tools and objects, while the fourth limb has been removed, and its inputs have been rerouted to control the mounted gun.

The Coalition classifies Jarilan Warriors as heavy infantry, and first authorized their use during the battle of the Ant Hill, where they were deployed behind enemy lines via drop pods launched from Jarilan troop carriers.

This excellent piece was provided by Malvear, and I’m very impressed with the level of detail here. Make sure you blow it up and take a closer look. You can find more of their content over here: https://www.malvear.art/