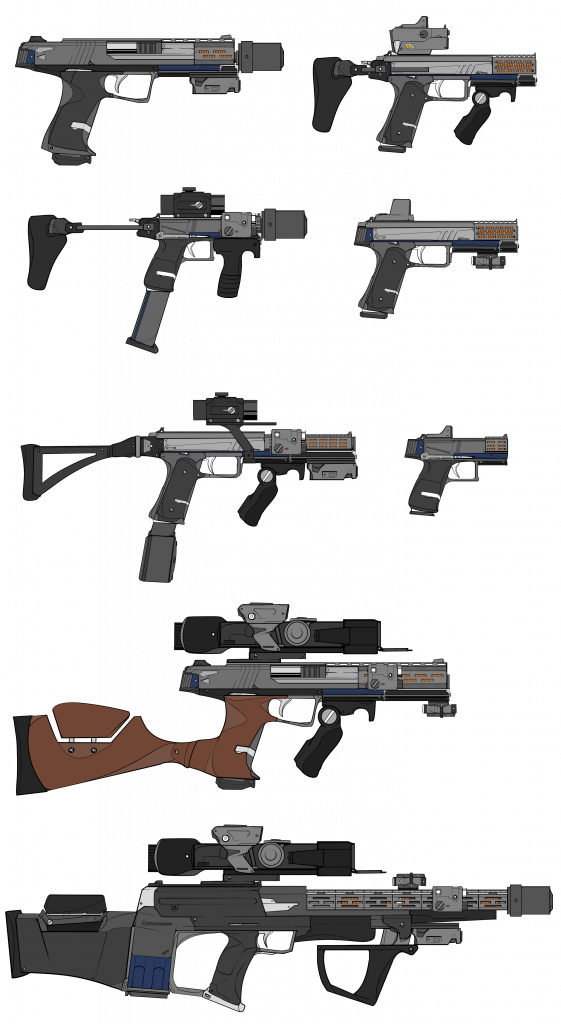 Took a break from writing to do some planning today, I really want the encounter with the Queen to be suitably climactic and interesting. I think I have enough of a framework to resume writing tomorrow.

Here’s the finished sheet for the XMH, the X-Species Modular Handgun fielded by the Coalition. They’re commonly used as service pistols, but with enough modification, they can be made to fill roles like PDWs, carbines, and machine pistols. I’ve combined this with the previous XMR sheet, as most of the parts are cross-compatible.

We’ll certainly be expanding this in the future with even more options, some tweaks and improvements, and maybe some non-bullpup versions too. I recommend using the layer features of Photoshop or Paint dot net if you want to make your own. Who knows, maybe we could make a flash game out of them or something?

The artist is anonymous by request. 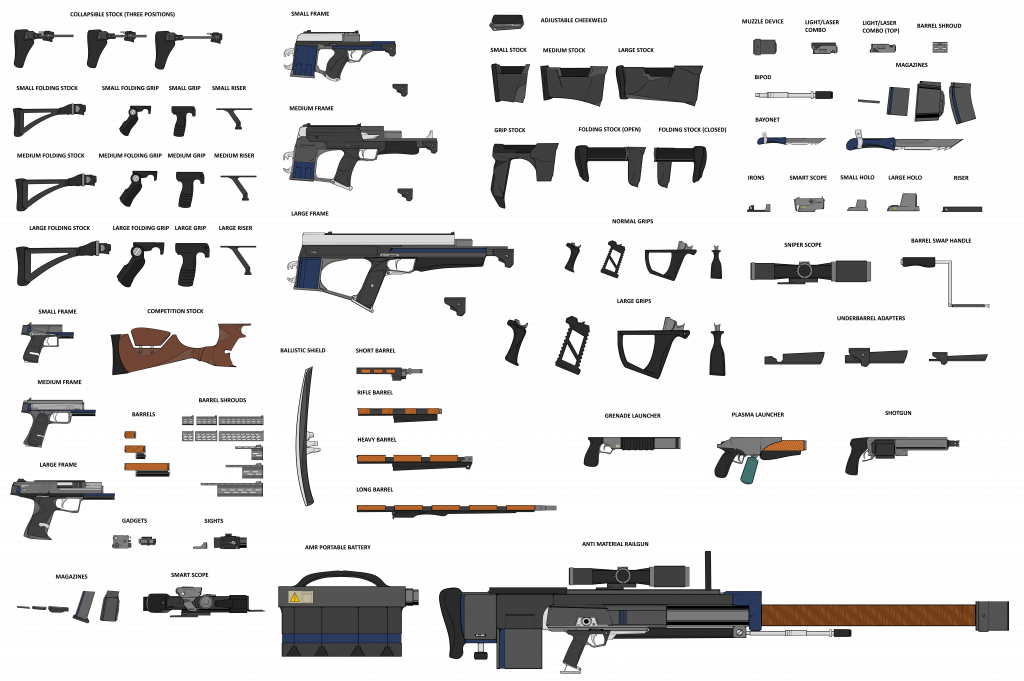